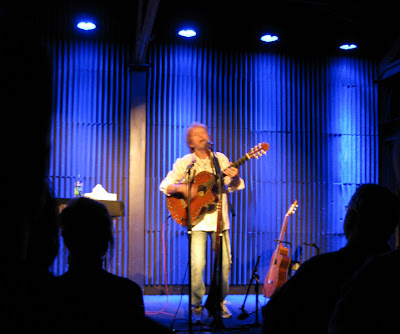 Long before we knew about the Jon Anderson show at Somerville Theatre, a show had been announced at Tupelo Music Hall in Londonderry, NH. We had heard good things about the venue, but had never had an opportunity to go there. We looked online and managed to get a pair of fourth row aisle seats. When the Somerville Theatre show went on sale, we couldn't pass up the opportunity to get front row mezzanine seats for that show. So it turned out that we got to see Jon twice within two months.

Traffic was nonexistent, and we got there within 45 minutes. The venue was quite intimate. It was housed in the back of a quaint old farmhouse. Around the front of the building was a little liquor store where you could buy your own alcohol and bring it into the show for a small fee. The venue had rows of chairs set up with a center aisle.There was a little concession stand at the back where they sold bar food and snacks. There was a flier on the chairs advertising a joint show with Rick Wakeman and Jon Anderson in Concord, NH on November 1. They recently put out an album together and did some dates in the UK, but this was the first we heard about the partnership coming to this side of the Pond. We really hope that they play somewhere a bit closer to Boston...we're keeping our fingers crossed for a date at the Somerville Theatre, as they have both played there individually in the past. 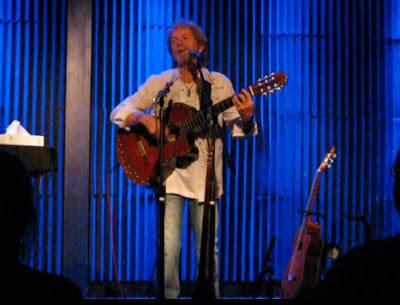 The show started at a little past 8 o'clock. The stage set-up was basically the same as it had been in Somervillle, except that there were actual lit candles instead of flameless ones. Live free or die in New Hampshire, baby, without all of those pesky Massachusetts fire codes.

Jon's wife Jane sat in the front row as she does at every gig. Jon's set was mostly the same as the Somerville set, but with the nice addition of Wondrous Stories. The venue was incredibly intimate; it felt like Jon was playing in our living room. The sound quality of the space was great. He played guitar, mountain dulcimer, keyboard, and ukelele. He interspersed the songs with anecdotes and jokes (What's the difference between a man falling from the ninth floor of a building and a man falling from the first floor of a building? The man falling from the 9th floor goes "AAAAAAaaaaaahhhh! SPLAT!" while the man falling from the first floor goes "SPLAT! AAAAAAaaaaaahhhh!") Jon led the audience in sing-alongs to You've Got the Light and Your Move, and he kept cracking up with laughter at the spirited voices (fueled by a bottle of  wine) coming from a couple of rows behind us. At encore time, he asked us to imagine him leaving the stage and then coming back moments later, which was quite amusing. 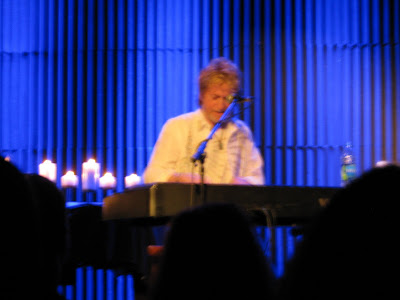 It was a wonderful show and we really enjoyed our first trip to Tupelo Music Hall. It is a little far for weeknight shows, but the intimacy of the venue more than makes up for it. We will definitely be keeping an eye on their schedule. 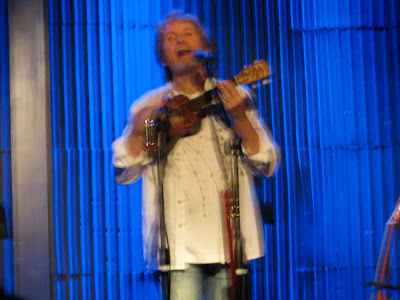 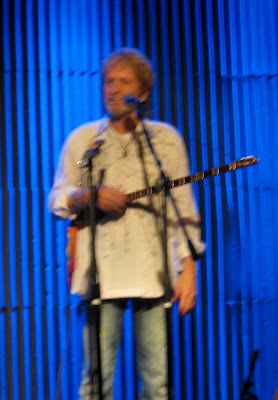 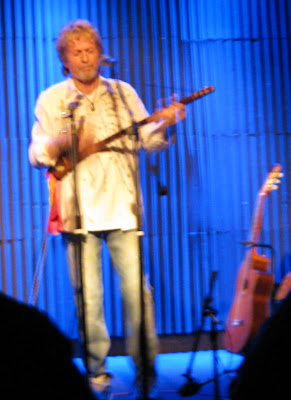