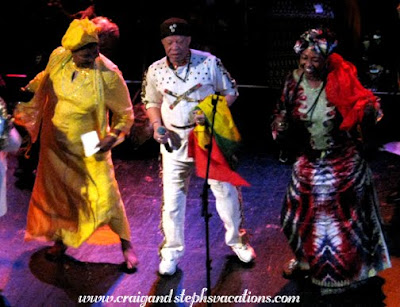 Rounding out the World Music concert season was Salif Keita at the Somerville Theatre on June 17.  He had played at the Festival in the Desert in Mali in 2009 on Thursday night, but we hadn't arrived at the festival until Friday. We did, however, see him eating breakfast at our hotel in Timbuktu on Friday morning before heading off to Essakane. Our guide Bahini and the waitstaff were all quite excited, and said that he was the most popular singer in Mali. 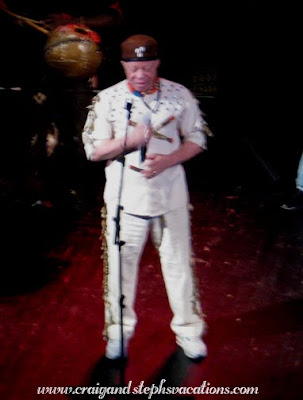 Salif Keita is of royal lineage, but because he is an albino, was an outcast and wound up making music (a profession that is usually reserved for the griot caste). There are many superstitions in Africa about albinos, and they are discriminated against and sometimes even killed so that their body parts can be used by witch doctors. The Salif Keita Global Foundation works to educate the public and protect the rights of albinos. 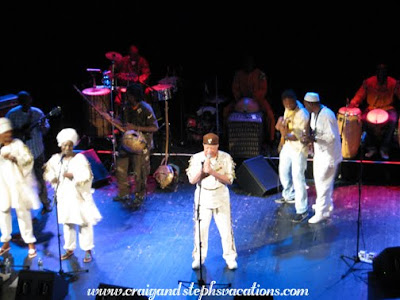 The concert was great. He had two female backup singers who danced their way through the show. There was a kora player who did a Hendrix-esque solo while writhing around on his back on the floor. There were three percussionists, a bassist, and two guitarists. Salif Keita's voice soared over the instruments, and Malian audience members in traditional dress walked onstage to shower him with dollar bills, drape the Malian flag over his shoulder, or just shake his hand. By the end of the night just about everyone was dancing, either onstage, in the aisles, or at their seats. 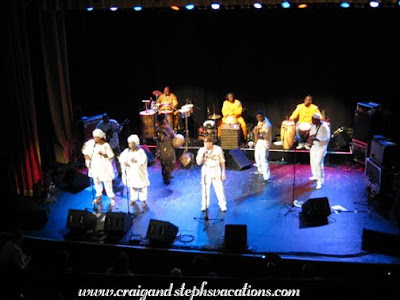 The Malians in the crowd were noticeably proud, and with good reason. It was a wonderful night. 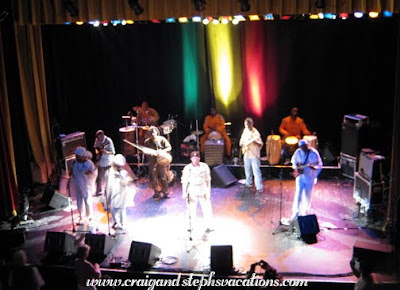