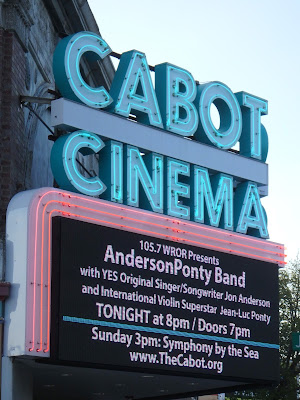 We had a fantastic time last night seeing AndersonPonty Band from the second row at the Cabot! It was our first time at the venue and it is beautiful. Jon Anderson, Jean-Luc Ponty, and the band were tight, sounded great, and had tremendous energy.

We had seen them from the mezzanine at Berklee back in November. Sitting closer this time was a different experience. We could really see their facial expressions and interplay as they fused jazz and prog rock. When Jon stepped away from the mic during instrumental interludes, we could see his meditational gestures, the fact that his mouth was still moving, either singing, chanting, praying...unable to be heard by the audience but having his own spiritual connection to the music. We could see the loving acknowledgments to his wife Jane, who was present in the first row, cheering him on as always.

Jon mentioned that he and Jane had visited the Peabody Essex Museum and specifically called out the Chinese house. At that point the percussionist banged the gong for effect, causing Jon to burst into giggles.

There was a large screen behind the band, where complex music visualizations spun and pulsed  to the melody and rhythm of the music. Mandalas swirled and morphed into other geometric designs.

Jean-Luc Ponty's violin is a wonderful addition to Jon's music, and the lyrics that Jon has written to accompany Jean-Luc's instrumental pieces seem very natural.

The band seemed to be having a great time, and the audience certainly was as well.

And at the end of the night, Jamie Glaser threw out a couple handfuls of guitar picks. Most of them went to the front row, but I noticed Craig's foot sliding under the seat in front of him to claim one that someone had missed, and he gave it to me. smile emoticon

We took Craig's 80-year-old mother as a Mother's Day present, and she absolutely loved it. In fact, one of her favorite parts was the drum solo. Rock on!

It was a magical night that we won't forget! 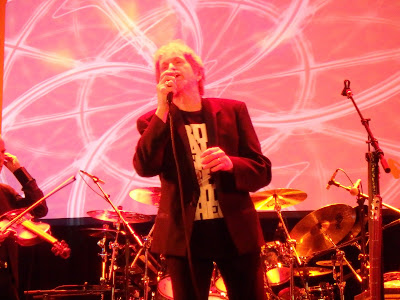 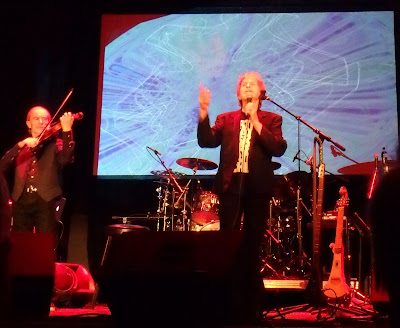 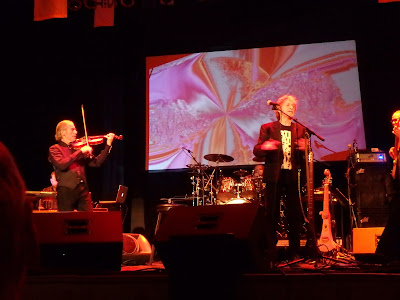 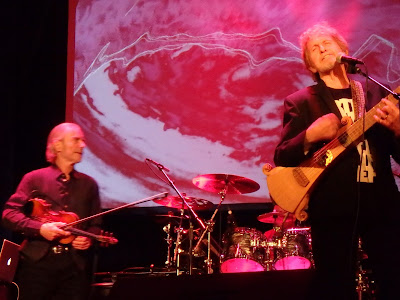 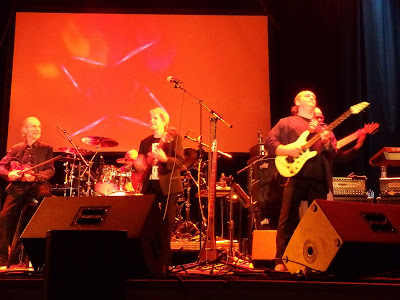 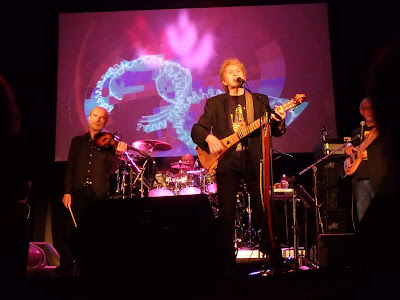 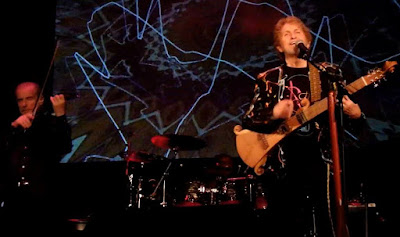 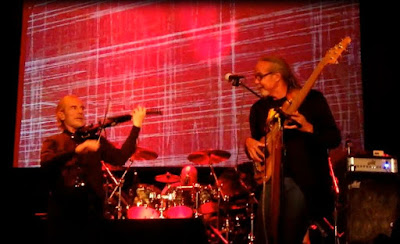 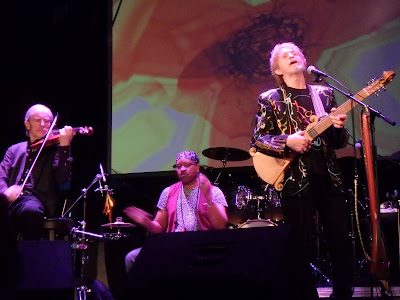 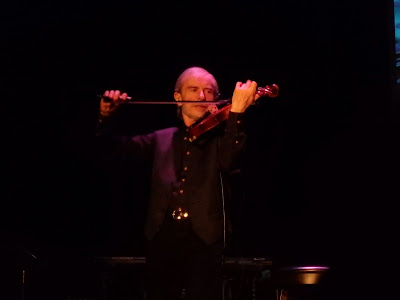 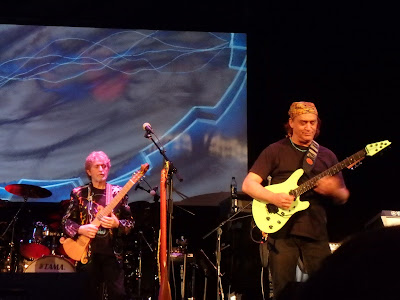 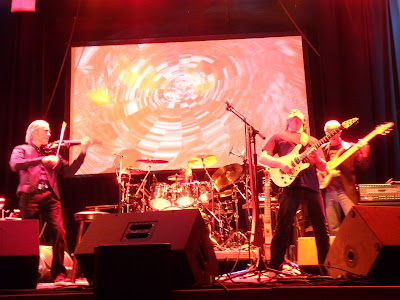 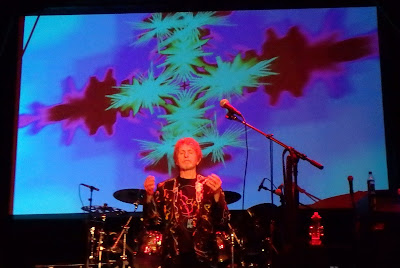 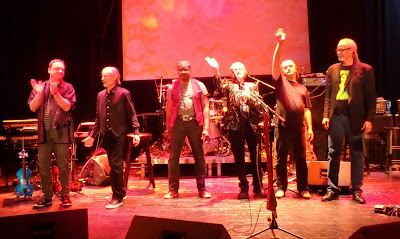 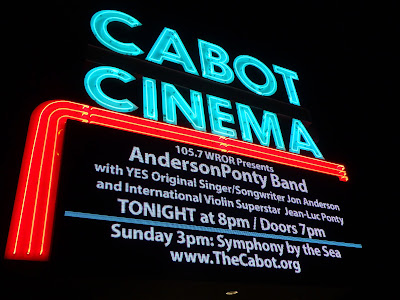 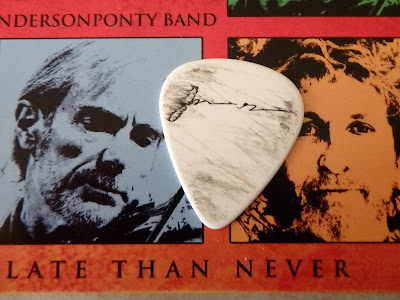