On August 18, we saw Kristin Hersh perform a show at Club Passim in Cambridge. This was our first time attending a show at this intimate historic venue, which over the past 50+ years has hosted such acts as a 17-year-old Joan Baez and her friend Bob Dylan. Blues greats Skip James and Son  House had also played there during their resurgence in popularity in the 1960's. Tom Waits even played there in 1974 (preserved in the classic bootleg "On a Foggy Night")!

These days the basement club in Harvard Square shares space with a vegetarian restaurant called Veggie Planet. There is cabaret-style seating for shows, and you can reserve a spot at a small table or sit in one of the general admission chairs around the perimeter of the room. We sat at a table with another couple who had ordered some amazing-looking food. Unfortunately, we had eaten already at home, so we only had room for drinks and dessert (a decadent brownie with vanilla ice cream). Next time we would definitely eat dinner there.

We were happy to get the chance to see Kristin play at this storied venue. Though she is one of the performers we have seen most over the years, circumstances had been such that we hadn't seen her in about three years. In the interim, she has published a memoir called "Rat Girl" (in the U.S.) and "Paradoxical Undressing" (in the U.K.)

At this show she alternated between singing accompanied by her acoustic guitar and reading passages from the book. The book is based on a diary she kept as a teenager playing with Throwing Muses, and some of the readings acted as lead-ins to songs that were written at that time (Fish, Delicate Cutters).  Other songs spanned her career, both with the band and solo. Detox was an amazingly intense new solo song. There were also other  songs from the past couple of years which we were hearing live for the first time, including Krait, Quick, and Mississippi Kite.

It was a great show at an intimate venue, and we had a wonderful time. 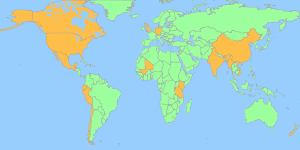